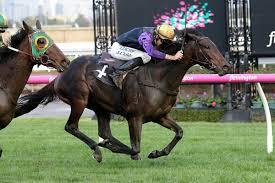 With a successful 2016/17 now behind Moloney Racing, they are very much looking forward to the new racing season which is now upon us and the spring carnival only just around the corner.

All the key players for Moloney Racing are back in work and just about to kick off their spring campaigns in the coming weeks.

Leading the charge will be the 3YO Magic Millions winner on the Gold Coast of last January in Flying Jess who will be aimed at all the major mares races over the carnival culminating in the Group 1 Myer Stakes over 1600m on Derby Day for fillies and mares.

The Gerard Moloney trained Indernile looks a very promising 3YO in the making and you won't see a nicer horse presented at the races in the coming weeks.

The son of Street Boss will kick off his Caulfield Guineas campaign on Wednesday week in a 3YO BM64 over 1200m which looks an ideal starting point for the horse.

It's going to be a big Caulfield Guineas this year as the 1600m classic is worth a cool $2M.

The 2017 VRC St Leger winner, Dornier is just about to the hit the track as well and looks a lovely staying type in the making.

John Moloney feels he has only matured since his last preparation and has really strengthened up and is going to be in for a top spring.

Dornier's goal at this stage will be the Group 3 VRC Queen Elizabeth Stakes on Final Day over 2600m.

Not forgetting, Moloney Racing have some lovely 2YO's coming through so there is plenty to look forward to in the upcoming racing season.

The best of luck to all our owners over the next 12 months and beyond and we look forward to seeing you at the track in the very near future.