Moloney and Clarke All The Charm! 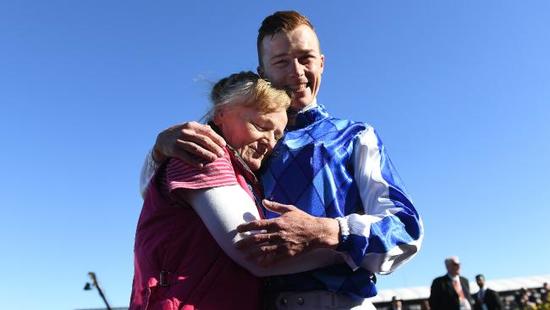 The story of the day at Flemington was Rich Charm scoring an emotional win for trainer Udyta Clarke.

“I couldn’t cope. I looked around and saw all these magnificent animals and I wondered what I was doing here,” Clarke said.

Asked if she would back up Rich Charm in next week’s VRC Sprint, Clarke replied: “I’ve looked after him like he’s my child. You wouldn’t do that to your child, would you?”

The win also supplied jockey Patrick Moloney with one of the highlights of his career with his second Group 2 win.

Moloney said Rich Charm had “untapped ability” and had “no right” to win that race.

“I had a lapful of horse but I had no room so I had to ease him across heels and he said seeya later. I spotted them eight lengths and he mowed them down with his turn of foot. He’s something special,” Moloney said.