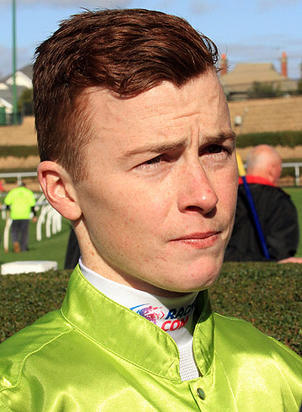 The 2017 Spring Racing Carnival comes to a close tomorrow afternoon at Sandown with Moloney Racing represented in three races.

Pure will be ridden by the in form Patrick Moloney and will jump from barrier one which can be a huge advantage for the two year olds as they have a rail to follow.

Pure is out of the very good race mare in Flying Ruby and has been fitted up for tomorrows occasion by having two jump outs, one being at Sandown.

John is very happy with the filly going into tomorrows race and although they might be a bit quick for her she will be charging home late and her rivals will know that she is there.

Over to race two and the very impressive last start winner in Black And Tan contests the Listed Twilight Glow Stakes over 1400m for the three year old fillies.

Black And Tan could not have been more impressive winning first up at Ballarat and although jumping in class she does look like a filly with plenty of scope and with Jordan Childs in the saddle Black And Tan looks a nice each way chance.

The final runner of the day comes up in the Group Two  Sandown Guineas over 1600m for the three year olds where Give will take his place in the field, again with Patrick Moloney in the saddle.

Give had absolutely no luck in the Carbine Club Stakes at Flemington on Derby Day and only needs an ounce of luck tomorrow to be right in the finish.

Give has drawn perfectly in gate one and can certainly atone from his last start defeat at Flemington.

We wish Moloney Racing and all of the connections the best of luck for tomorrow and let's hope we can all end the carnival on a high.