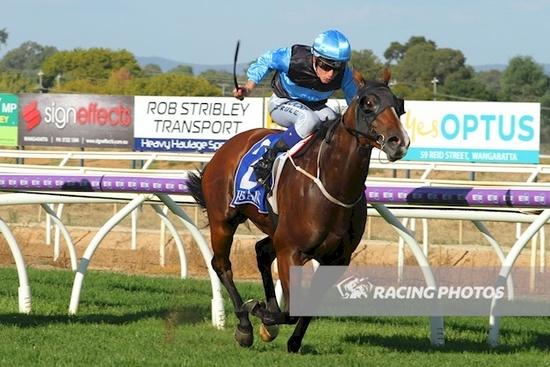 Stable stalwart, Levitical, brought up his fifth career win over 1170 metres at Wangaratta on Saturday.

Trained by Gerard Moloney, and ridden by Jacob Rule, the 6-year-old showed his usual speed from the barriers, taking up an early lead, before coming away in the concluding stages for a dominating win by 1.2 lengths.

Starting at $14, the Not A Single Doubt gelding was nicely placed by Gerard at his 36th start in a race. A trip up the Hume Freeway, and a step down in class, paid dividends for all involved.

Congratulations to Gerard and the owners of "Nugget", as well as the hard-working team at Moloney Racing!