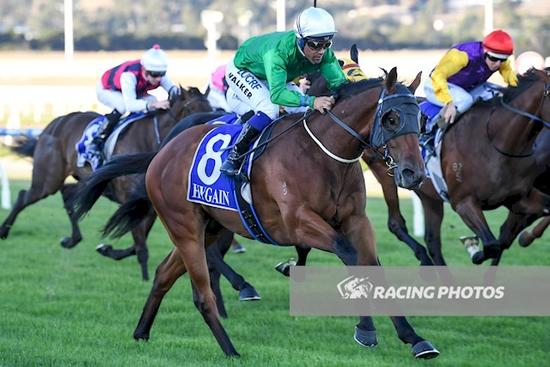 Consistent 3-year-old, Sir Harald, broke through for his maiden win over 1600 metres on Thursday night at Pakenham, at his 11th career start.

A change of tactics with the Street Boss gelding proved to be the winning key. After showing his usual early speed from the barriers, the gelding was restrained back to last by jockey, Michael Walker, allowing him to unleash a powerful "turn of foot" in the final stages of the race, being eased down on the line to score by just under a length.

Having placed previously on six occasions, it was terrific to see Sir Harald claim a well deserved win for his patient connections, and with new-found confidence, we hope to see him continue his winning form.

Well done to all involved!