Adversary Beats Them To The Punch 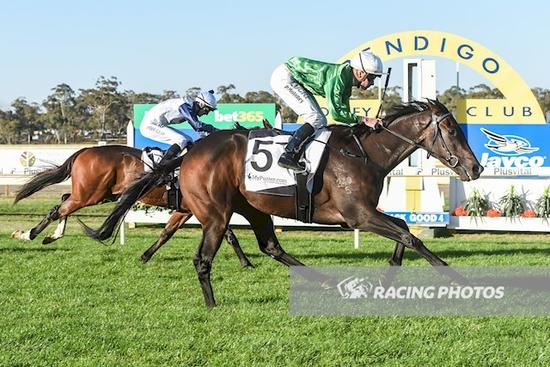 Adversary showed he was a class above his competitors at Bendigo on Tuesday, taking out the 1600m BM64 Handicap in fine fashion.

Steered by Patrick Moloney, it was the three-year-old's second win in only five race starts, coming off an unlucky run last time out at Sandown Lakeside.

After settling down second-last, the gelding had to be niggled at most of the race by Moloney to get him to travel, and indicated that he still has plenty to learn, by racing so green and wayward in the final stages.

After doing so much wrong, the gelding still managed to show brilliant acceleration, flying down the outside of the field, and taking out the race by one length on the line.

With plenty of upside and a bright future ahead, Moloney believes the horse will only get better with more distance and racing experience.

Congratulations to all the connections of Adversary, and all of the hard working staff at Moloney Racing!