Sunday Pray Gets The Bob at Headquarters 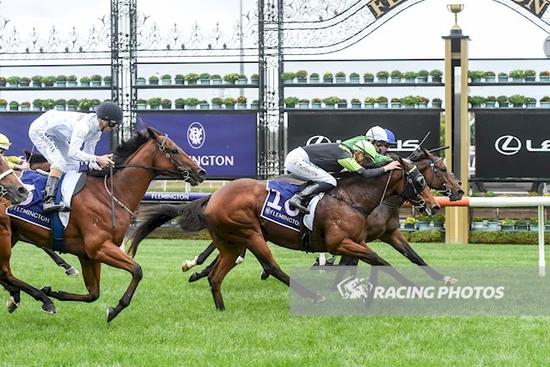 It was almost déjà vu for the connections of Sunday Pray on Saturday at Flemington, when he took out the Apache Cat Handicap over 1620m.

With Nikita Beriman back in the saddle after the duo's bob-of-the-head second at Sandown back in March, the gelding managed to get his nose in front where it counted, in a nail-biting, three-way photo finish.

Managing to make amends, and prove that she gets the best of the Manhattan Rain gelding, Beriman believes the key to the horse is allowing him to roll along wherever he is happy, and if he manages to find a nice rhythm, he will always find the line. Such was the case on Saturday, when the 5-year-old was allowed the perfect run by Beriman, settling him outside the leader, and dictating the race on their terms.

Although having been over a year since his last win, Sunday Pray has been the ultimate money-spinner for connections, now with six career wins and seven placings from thirty-three starts.

Congratulations to Brent and Nick, and to all the staff at Moloney Racing!