Fine Dane Back With A Bang! 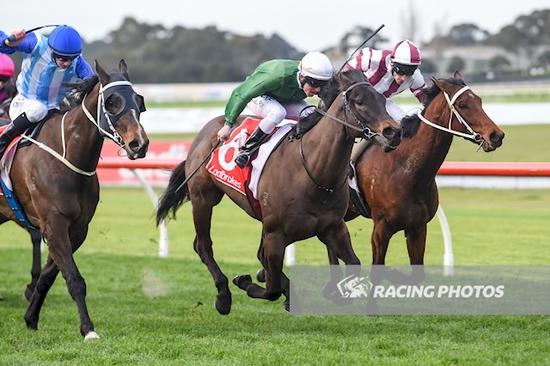 Jumping brilliantly from the outside barrier, the Danerich gelding raced three-wide and keenly in the early stages, before unleashing a courageous performance to fight back in the straight, after being headed and chased by the place-getters in the final furlong of the race.

Entitled to be found out by his first-up condition in the concluding stages after doing it at both ends, the lightly-raced gelding looks to have a promising career ahead of him, with yesterday just his third win from eleven starts.

Trainer, John Moloney, was thrilled with the gelding's performance, and is in no rush to push the four-year-old out in distance just yet, allowing the horse's racing manners to tell him when he is ready.

Congratulations to all of the connections of Fine Dane, as well as the hard working staff at Moloney Racing!