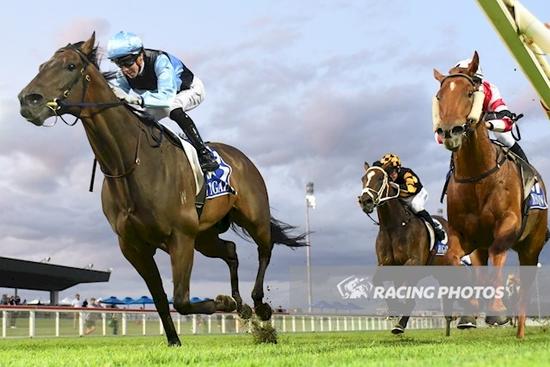 The Gerard Moloney-trained, Indernile, stormed home at Pakenham on Thursday night to notch his third career win from 21 starts.

Ridden by the in-form Jye McNeil, the Street Boss gelding settled down midfield off a genuine speed in the 1200m race, before pulling to the outside at the top of the straight and storming home to win by half a length on the line.

After a great run at Caulfield last start where the five-year-old finished fifth and only beaten 1.5 lengths over 1400m, it was a great training performance by Gerard to freshen the gelding back up, and to see the him win in such dominant fashion over 1200m.

Well done to all of the connections of Indernile, we hope to see him continue his winning form!