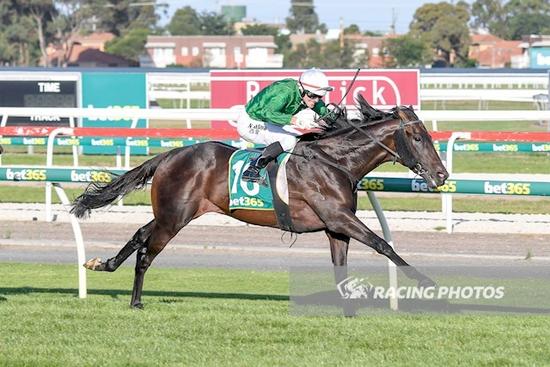 It was a brilliant week for Moloney Racing with four winners from the team, with Imperial Lad rounding out the month of January with a stellar win at Geelong on Thursday.

Going back-to-back following his maiden win at Cranbourne back in November, the All Too Hard colt thrived off his recent let-up and has returned to the stable in terrific order.

Jumping straight to the front in the 1200m BM64 Handicap, the colt led from start-to-finish under jockey, Noel Callow, and showed great strength to get the job done by a length on the line, after wanting to race keenly in the early stages of the race.

Callow was full of praise for the three-year-old, and commended his effort to tough it out to the line against older horses, after using a lot of petrol early.

Now with two wins and five placings from nine career starts, "Sharkie" continues to please the stable and we are hopeful that with maturity he may be able to get out a bit further in trip and hopefully stand up in stronger company in the near future.

Congratulations to all of the connections of Imperial Lad, as well as the hard working team at Moloney Racing!