Saltpeter Brings Up 500 Wins For John 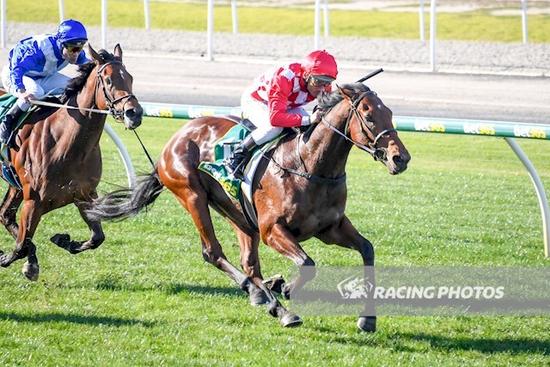 Promising two-year-old, Saltpeter, broke his maiden status at only his second race start on Friday at Geelong.

It was a milestone victory for trainer, John Moloney, who managed to notch his 500th career victory- ending a frustrating run-of-outs, with seven second placings in the past two months.

Aided by a textbook ride from champion jockey, Damien Oliver, Saltpeter took out the 1250 metre Maiden Plate in impressive style. Jumping from barrier one, Oliver used the barrier to full advantage to take up the box seat position in transit, and when the gap appeared on straightening, the Pierro gelding stormed home to win by 2 lengths on the line.

After finishing fifth in his debut at Sale in late May, John believes general improvement in fitness was the key to Saltpeter getting the job done yesterday, and with the gelding bred to get out further in trip, he is excited to see what the future holds in store for the promising 2-year-old.

Congratulations to all connections and the hardworking staff at Moloney Racing!