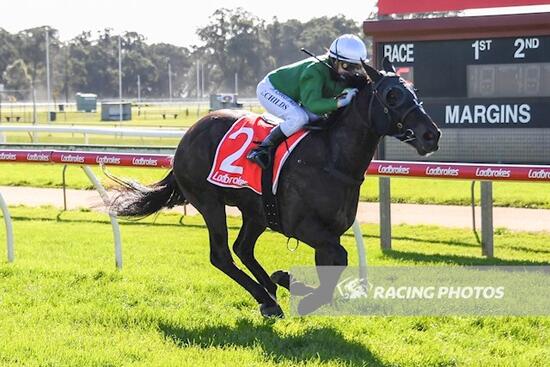 Moloney Racing apprentice, Tayla Childs, rode her second winner for the stable yesterday aboard the horse that kicked off her race riding career, punching home Black Opal to win at Moe on Monday.

After finishing second on the Statue of Liberty gelding at her first race ride at Echuca in April, Childs certainly made the most of the opportunity to turn the tables, and fittingly notched her 10th career victory in her short riding career.

Allowing the 5-year-old sprinter to stride to the lead in his favourite role out in front over the 1017 meters, Childs was able to get the best out of Black Opal in the closing stages to win by a long neck on the line.

Black Opal is now two-from-two at the track and distance, after breaking his maiden at Moe in June last year. Yesterday was his third career win at his 16th start, with 6 minor placings to his name.

Congratulations to all of Black Opal’s connections and all of the hard working team at Moloney Racing!