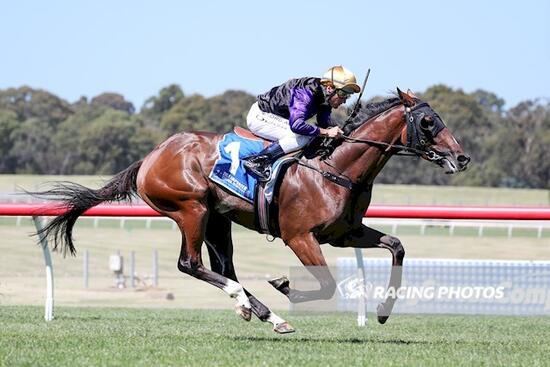 Milton Park led from pillar-to-post at Sandown Hillside on Saturday to score his fourth win from seven starts, and second winner from as many starts this preparation.

The exciting three-year-old was superbly handled by jockey, Damien Oliver, who began his winning-partnership with the Written Tycoon gelding at Flemington two weeks ago, at the same distance of 1400 metres.

Oliver got the free-striding galloper into a lovely rhythm during running, and Milton Park found a supreme effort when asked to quicken, driving home to win impressively by 1.5 lengths.

Nominated for the Australian Guineas on February 27, both Oliver and John Moloney believe that Milton Park will be suited to the mile at Flemington, with a try at the 1400 metre Group 3 C S Hayes Stakes on February 13 in sight beforehand.

Congratulations to Milton's breeders and owners, Julie Sampson and Meridy Taite, and all of the team at Moloney Racing!