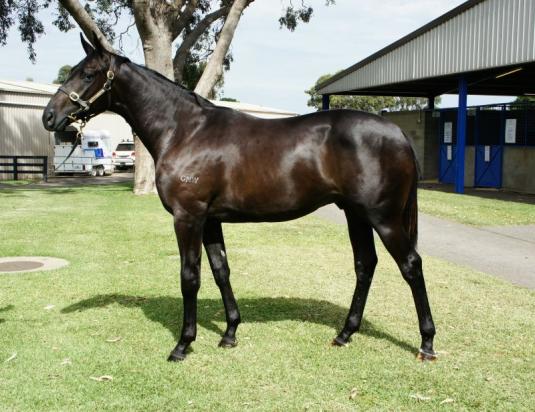 The yearling was bought at the Melbourne Premier Yearling sales by astute buyer John Moloney. John has had much success with this sale over the years. His most recent buy success from this sale was Pay Up Bro who was bought for $100, 000 and ran in the 2015 Victorian Group One Derby and ran an admirable 5th he will be aimed for more prestigious races this preparation. John was drawn to the scope and natural athleticism of the yearling.

"He closely resembles his sire evident in shape"

This is the first foal from Lady Rum Dum who was a strong city winning mare on Victorian racetracks.

Americain won the hearts of Australia winning the strongest renewal of the Melbourne Cup ever staged. The son of Dynaformer also boasts 170 stakes winners under his first five dams.